There are beautiful dresses, and then there are truly iconic dresses. Dresses that are seared into the memory. Dresses from movies, red carpet events or weddings. Here are some of the most memorable dress fashion statements of the 20th and 21st century:

During the reign of the Spice Girls, Geri Halliwell was given the wardrobe staple of the little black dress to wear for performing at the 1997 BRIT Awards. Too plain for Geri, even though it was Gucci – she asked her sister to sew a Union Jack tea towel to the front of it. Hey presto! An iconic dress was born. Perhaps this idea has inspired you to change a dress you already own or even make a unique one from scratch.

Marilyn Monroe was the ultimate figure of glamour and beauty and her hot pink satin dress worn in the film Gentlemen Prefer Blondes is truly iconic. It was designed by William Travilla for her to wear while she sings ‘Diamonds Are A Girl’s Best Friend’. It had to fitted with stiff felt inside so it stayed in place while Marilyn moved. Almost as memorable as the picture of her wearing the white gown that blew up in the breeze. 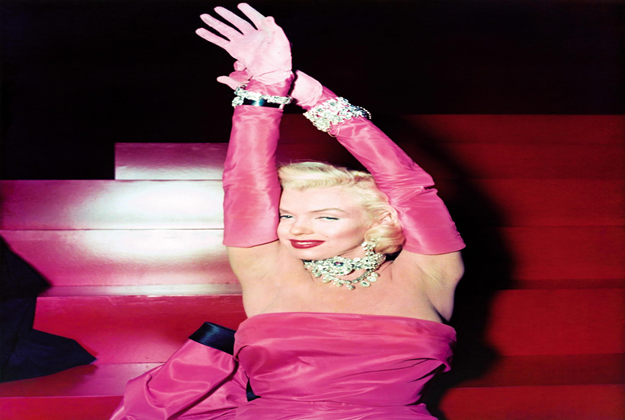 The dress worn by Jula Roberts in Pretty Woman is another that inspired many copies. The off-the-shoulder red gown is beautifully paired with elbow-length white evening gloves for an evening at the opera.

One of the most replicated dresses of all time was that worn by Grace Kelly on her wedding day. She wore a long-sleeved lace bodied gown for her marriage to Prince Rainier III of Monaco in 1956. The dress was designed by a costume designer working at MGM studios.

Remember Liz Hurley’s entrance to the world of celebrity? She managed to totally upstage then boyfriend Hugh Grant during the premiere of Four Weddings and a Funeral in 1994. Her unusual black Versace dress had no sides and was held together by giant gold safety pins.

During the engagement announcement of Prince William and Kate Middleton in 2010, the seeds were sown for Kate’s rise to style icon status. She wore a stunning Issa wrap dress in blue which perfectly matched her sapphire engagement ring. The Issa dress sold out almost immediately and Kate’s style credentials were born.

Not long after, Kate made the global style stage again with her magnificent wedding dress. Choosing to use a British fashion house, Alexander McQueen – the dress was heavily influenced by Grace Kelly’s from 1956. This got the ball rolling for replicas and copycats in the world of bridal fashion.

Another truly iconic dress is the one worn by Audrey Hepburn in Breakfast at Tiffany’s. This little black Hubert de Givenchy gown has always been the ultimate LBD. A costume designer did make some alterations to the Givenchy dress after it was deemed the thigh split was inappropriate for the time.

All of these women have been fashion icons and created unforgettable designs that will last a lifetime.  They all looked really good in what they choose but you have to wonder what they would of looked like in a selection of Maxi Dresses which are available at companies such as ax paris.